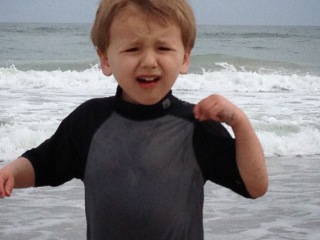 Feel like your kid reminds you of a dictator of a small country or a tyrant?

My kids can boss me around.  I can feel like they are in control, mostly when they are young.

I can often think if I just give in then they will be quiet and I can have peace.  But I am actually just

setting myself up for my more headaches later.

So lately my youngest has been extra demanding and bossy with things like,”Hold my blankies, grab

So I find myself just doing whatever he asks.  Not everything but many things.

capable.  I say, “No buddy, you can hold them yourself” and I go inside the house.

That ticks him off , he fusses but ends up getting them.  He gets to the door and just rings the doorbell.

Joy opens it and he yells, “No I want mom to open it.”  So he is just being stubborn.

So I go to the door and speak through it saying, “You can open the door.  Come on in.”

As the ruler, he does not like that.  So then he begins to cry and yells “OPEN THE DOOR!!”.

After about 10 minutes the door bell rings, it is my sweet neighbor who was worried he was

locked out or I maybe did not hear him outside.  I explain he is just throwing a fit.  She understands

since she has been a nanny for 13 years.

After he comes in I explain to him the next time he does and throws a fit he will be on timeout or another consequence.  Minutes after this fit, he asks if he can go to his friend’s house.  I tell him no because of the fit he just threw.

The old, more insecure me (I’m still insecure at times but I am becoming more self aware and embracing who I am) would worry that my neighbors think I am a bad mom or worry they will call CPS(child protective services) on me.  But not today.  I know he was not being hurt, just his pride was hurt. 🙂

It hurts to be dethroned.

Checking out Boundaries for Kids from the library